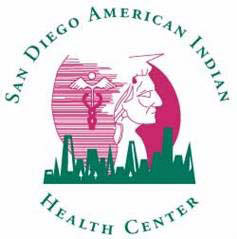 The County of San Diego will be entering into contracts with four Indian health agencies to provide prevention and early intervention behavioral health services for the county’s Native American population.

“We have a vibrant Native American community in San Diego County, and it is important that this population receives the services needed to ensure they are able to lead productive and healthy lives,” said Supervisor Bill Horn.

The county’s annual $2,090,000 cost for the contracts was budgeted in the operational plan for the county’s Health and Human Services Agency. The four Indian health agencies comprised the Dream Weaver Consortium that was the recipient of the county’s previous single contract, so all four agencies have experience working with the county’s Indian population.

Prevention and early intervention programs are design to provide access to services for identified unserved and underserved county residents who are either at risk of developing what is defined as a mental illness or are in the early stages of a mental illness. The previous contract for prevention and early intervention programs for Native Americans was authorized by the Board of Supervisors in November 2008 and executed in April 2009; Indian Health Council, Inc., was the fiscal and administrative agent and the county’s primary point of contact for the consortium while the other three Dream Weaver Consortium members were considered subcontractors.

The new contracts are for a period of one year with six additional one-year options.

This article was written by Joe Naiman, posted by the Valley Roadrunner on March 26, 2014.
Tags: CCUIHmembers, SDAIHC

Click here to go to all Urban Indian Health News

The California Consortium for Urban Indian Health is pleased to work with The California Endowment to raise public awareness about the importance of prevention through the “Health Happens with Prevention” campaign.

The California Consortium for Urban Indian Health (CCUIH) is an alliance of direct service Urban Indian health organizations that supports health promotion and access for American Indians living in cities throughout California.
Back to Top